MegaHydrate Hydrogen – The Best Supplement Ever

One of The Best Supplements out there according to health gurus Dr. Joseph Mercola, David Wolfe, and Dr. Edward Group, among many others. Each describe this as one of the best anti-oxidants anywhere. Essentially a stable form of Hydrogen (-H ions), it neutralizes all free-radicals (that cause aging) it comes in contact with.

Megahydrate is on the “top ten” list of many of the most respected health experts around.

Because it improves the function of your body on such foundational levels, it positively impacts every cell, organ, gland, and system of your body. It’s a true “panacea” supplement.

The benefits of hydrogen supplements have finally become popular, but unfortunately most products sold don’t deliver a sufficient amount to make an impact. Dr. Flanagan had to invent his own form of silica to hold on to the highly beneficial extra electrons in the specialized form of hydrogen known as negatively ionized hydrogen.

According to the experts, taking Megahydrate with a quality C60 product has a very synergistic effect and will bring more electrons into the body (a great thing). The Secret Ingredient of Life Force?

After studying the sacred healing waters around the world (including those of the long-lived Hunza people) with a special device called a nuclear spectrometer, Dr. Patrick Flanagan found that the secret to the healing waters was the negatively charged Hydrogen ion, or negative H ion.

Negative, in this case, is beneficial to the body. The hydrogen atom has an extra “donor electron” which neutralizes the free-radicals that rob the body of electrons and cause aging. Free-radicals are atoms that are missing an electron and steal it from others, causing degeneration.

MegaHydrate is the King of Anti-Oxidants because it doesn’t become a toxin like all other anti-oxidants once they’ve donated an electron to a free-radical and neutralized it. It also helps recycle all other antioxidants, like Vitamin C for example, by donating another electron once they’ve given theirs up to the free-radical. Otherwise these anti-oxidants, having neutralized a free-radical, would have to then be eliminated, as it has then become a toxin itself.

Did you ever wonder what really makes fresh green juices so healthy?

Interetingly, fresh fruit and vegetables have these highly valuable negatively charged Hydrogen ions as well. It’s the physical component of “life force”. Patrick claims it is the most powerful anti-oxidant, anti-aging substance ever known.

The problem is that this form of hydrogen is very unstable. It doesn’t last long.

If you juice, you should drink it within 20-30 minutes before the Hydrogen atoms lose their extra electron. You’ll still get the important nutrients and enzymes, but you really want the more powerful negative H ions.

We are naturally designed to get this life force energy by eating raw fruits and vegetables “right off the vine.” As soon as you start cooking raw food, it starts losing its life force ions. Patrick knew this was impractical for most of us, so he created a way to stabilize these valuable ions.

Inventing his own molecule:

Through years of research and experimenting, Flanagan was able to produce what he calls, “a silica based infused material, using a vortex with very thin layers of water to produce nano-tech spherical balls or beads with the neg. H ion.”

As a result, he’s able to capture active hydrogen (or negatively ionized hydrogen) inside the silica, which he calls silica hydride micro-clusters. His MegaHydrate hydrogen supplement is the capsule form of this.

Crystal Energy is a different liquid formulation to boost hydration of cells, more suitable for children and pets. It is not temperature affected, but does not provide the anti-oxidant effect, ATP production, or reduce inflammation like Megahydrate does.

In summary, MegaHydrate helps correct the symptoms of dehydration and minimizes the process of aging. Many users report immediate pain relief and increases in energy.

Even the FDA considers MegaHydrate a dietary supplement, rich in antioxidants. Antioxidant foods like MegaHydrate help defy the aging process. What’s more, because megyhydrate stimulates production of ATP, it is the only non-caloric food.

Proven for decades by thousands of people, MegaHydrate is perfectly safe. There are no negative side effects, only beneficial ones.

Furthermore, many of the top health gurus list MegaHydrate Hydrogen Supplement as one of their own personal daily must-have supplements. It’s at the top of my list as the best health supplement with the most benefits.

These statements have not been approved by the FDA. You are your own health authority. 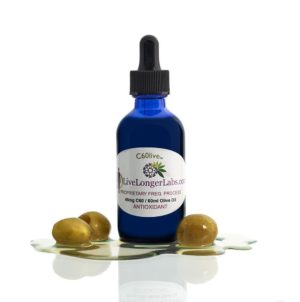 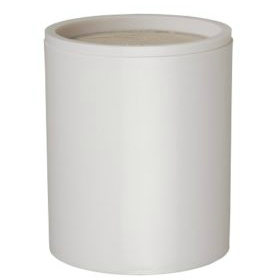