This is How to Protect Yourself From Radiation

Some Helpful Wisdom From Dr. Patrick Flanagan on How to Protect Yourself From Radiation

Trust me, you want to know how to protect yourself from radiation because right now, almost all of us are being combated by harmful radiation from chemical, nuclear, and electromagnetic radiation, such as that produced by WiFi signals, and released by Fukushima.

That’s right, despite the lack of coverage by the US major media, and the blackout of information on the topic allowed out of Japan now, the planet is still being poisoned by the Fukushima disaster. These terrible effects are only growing as time goes on. Did you know, for example, that food service employees are reporting that the fish off the beautiful island of Kauai are so contaminated that 50% of the fish have to be thrown away because they’re so full of tumors?

While there are many horrifying examples of the suffering this event is still continuing to cause, I want to focus on solutions and what we can do about it on a personal level. 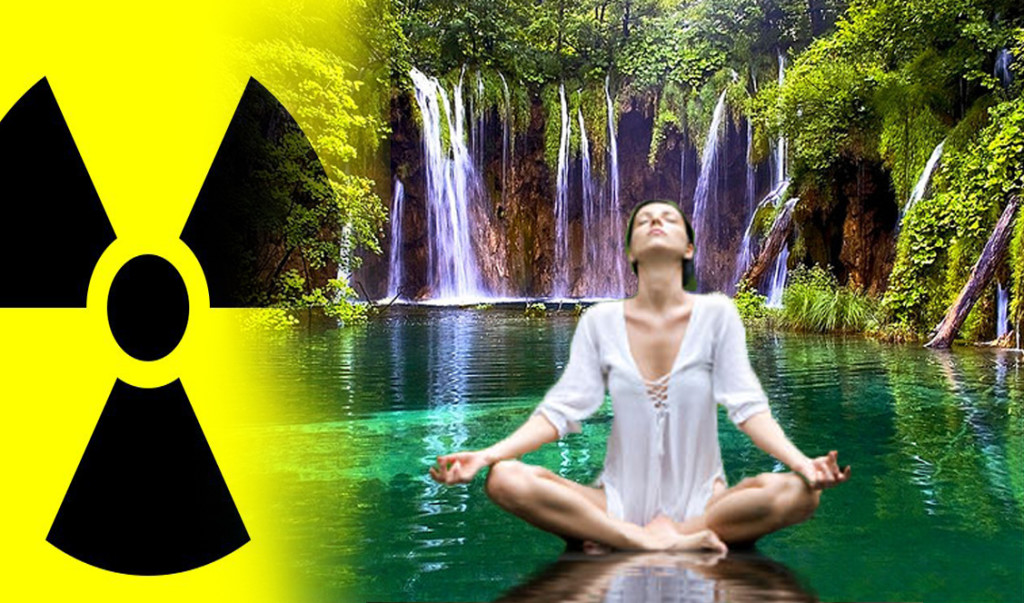 While it’s tempting to ignore things that you don’t have much control over, there are simple actions you can take to protect and heal yourself and loved ones from this harmful radiation.

What about healing and protecting yourself from aging and improper nutrition?

This information and actionable steps, suggested by one of the world’s top genius minds, can help your body with those too.

Who is The Literal Genius Patrick Flanagan? 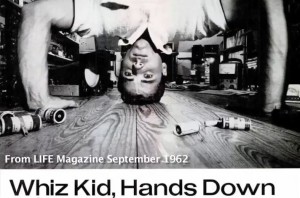 Patrick Flanagan was a child-prodigy in the field of Electronics. In 1962 Patrick was on the cover of Life magazine being celebrated as a promising young scientific genius. He’s genius goes far beyond electrical devices however…

I wrote about him in my book, The Top 7 SuperVisionaries: Pivotal Insights to Transform Your Life. I agree with many others that he may be one of the world’s most important visionaries alive.

For this article, we’ll focus on what he thinks are some of the top things you can do to heal and protect your body from premature aging and ill-health from things like nuclear, chemical, and electromagnetic radiation.

Patrick was very sickly as a child due to being born prematurely, having polo when he was 9, and to the effects of swallowing mercury when he was 2. In the early 1940s, they didn’t know how toxic mercury was, and his mother thought 2lbs of mercury would be a fun toy. Patrick was later tested in his 20s to have the highest amount of mercury in his body than that of any living person known.

As a result of these experiences of health issues, his passion became learning how to heal his body and subsequently how to heal others with his knowledge.

What to Do to Protect Yourself:

Apple pectin helps pull nuclides out of the body. This was used by survivors of the Chernobyl disaster.

2. Add the sulfur compound MSM, or Methylsulfonylmethane to your diet

You need to take at least 3 tsp per day. Patrick actually takes 3 Tbs of organic sulfur (MSM) per day.

Organic sulfur is missing from most of our food because in the 1950s, the Dept of Agriculture told farmers that in-order to get farming subsidies, they would have to stop using natural organic fertilizers, and instead use petroleum based fertilizers (which have virtually no sulfur).

Why is this a great thing to you, and how does it help?

Sulfates cannot stay in the body for more than 12 hours, so when the radioactive particles combine with sulfur to make sulfates, your body can then eliminate those toxins through natural processes.

3. Wash all of your produce with this mixture

You can mix a little MSM, baking soda, and apple cider vinegar into some water to effectively wash your fruits and vegetables before you eat them. Even if you think your organic fruits and veggies are healthy, much of them, especially if from California, are contaminated on the surface with radioactive particles. This has been verified numerous times with Geiger counter devices. By washing them with a mixture such as the one mentioned above, you can clean the dangerous particles and chemicals off your food.

Patrick and other gurus of health like David Wolfe, suggest supplementing with Nascent Iodine to essentially ensure that your body is not deficient in iodine, so that it will not uptake the radioactive iodine currently polluting the environment. If your body already has what it needs, it won’t absorb more. You want to make sure your body is full of the healthy kind of iodine.

Nascent iodine is atomically charged, so that it instantly bonds with deficient molecules. This iodine is very powerful. At first, a drop or two is all you need, and you don’t even have to ingest it (although most experts do recommend it this way). If you place a drop, working your way up to a few more, onto your wrist and then rub your wrists together, your body will absorb it directly through your skin. You can also just mix it with water or juice.

The health benefits of good iodine are numerous and surprisingly well known prior to the solely profit-driven pharmaceutical companies coming onto the scene.

So, we’ve talked about what you can do to cleanse your body, now you need to repair and protect your body by providing it with the extra electrons that it’s craving.

In 1999 fellow scientist Adam Trombly went to see Patrick because he was dying of advanced 4th stage cancer. Patrick gave him a substance he was just coming to market with called Mega Hydrate. Adam continued to take mega hydrate and now attributes it to effectively healing him and extended his life now over 15 years later. 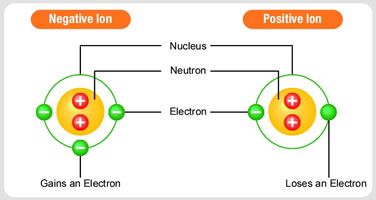 In the early 1980s Patrick finally discovered why freshly juiced fruit and veggie juices had such instant healing qualities.
Using his own nuclear spectrometer, (a million-dollar plus device), he discovered that the answer to the mystery was due to the presence of negatively-ionized hydrogen atoms. The problem was that these atoms are very unstable and only last about 30 minutes or so after juicing. You still get the vitamins and minerals, but not the energetic “quickening” effect that you do with the negatively ionized hydrogen atoms. Patrick spent the next several years figuring out how to solve this problem. The answer was using a very complicated process to infuse the -H ions into a form of silica.

These -H ions are produced on the surface of every star in the universe including our sun. The process of creating them causes starlight to be emitted. Light is actually created from the ethers in the manufacturing of hydrogen atoms. So you can think of -H ions as life-force represented in physical form.

These life-force particles are also produced in plants during the process of photosynthesis. The light is absorbed by the leaves of plants. Plants break down water into oxygen and -H ions. If you eat fresh plants, veggies, and fruit, those -H ions enliven your body with this life-force. Hydrogen carries the electrons into the body to heal the cells.

When we’re younger, we have enzymes called dehydrogenase which loosen up and release the hydrogen ions from proteins, lipids, and carbohydrates. The negative ionized hydrogen becomes NADH, which goes into the mytochondria, which then makes ATP (the energy surplus of your body).

The negative ionized hydrogen atoms also are a critical element for DNA repair. Unfortunately, our body seems to not produce as much of the enzyme dehydrogenase as we age, so we need to find other ways to get electrons into our bodies. Mega Hydrate is an easy way to do that.

How about anti-aging and making you younger?

According to Patrick, Mega Hydrate is also proven to regrow telomeres, which are the protective caps at the end of the DNA. This is the key factor in keeping your cells healthy and replicating with all of their information intact, thereby making you younger longer.

What about EMF radiation? We are being inundated by WiFi and radioactive exposure all day long. We need to both protect ourselves, and repair our cells from the damage this causes if we want to live with optimum health.

There are exotic devices such as the Sensor V Pendant that Patrick invented, but this takes a bit of homework to understand why this works so well. One simple and practical way to protect yourself from EMF radiation is through grounding, or Earthing. This once naturally practiced activity, has become very popular recently and promoted by health gurus like Flanagan, David Wolfe, and Dr Mercola.

How does Earthing work?

The Earth is negatively charged, while the ionosphere is positively charged. When we touch our bare feet to the earth, we get the flow of negative electrons into our bodies through the Kidney 1 energy meridian (the main Chinese acupuncture meridian). The naturally designed electrical and energetic process begins to flow again. We essentially complete the natural circuit between the sun, ourselves, and the earth. Spending just a little time each day in contact with the Earth, especially water, discharges the build-up of static positive charge in our bodies and makes a noticeable difference in the health of our cells. The more we can do this, the better.

Most of us in today’s society can’t have our bare feet to the ground all day, but there are solutions using grounding devices like mats, sheets, and shoes that keep us connected to this natural flow. Clint Ober has written a very informative book called, Earthing which goes into detail about the importance of this phenomena.

These are some actionable steps you can take to protect and heal yourself from the effects of the radiation that we are all living with. If you want more ideas, another great resource on what you can do to detox is Dr. Edward Group, from the Global Healing Center.

In this video, Patrick Flanagan and Adam Trombly discuss protecting yourself from Fukushima radiation and WiFi.

Other posts by Scott Helton

June 29, 2016 / 11457 / 0
Discover Your Hidden Health Issues and New Health Devices The Problem:  The Business of Traditional Medicine is Seriously Flawed There are many powerfully effective health... Continue reading

February 25, 2016 / 9417 / 0
The Answer to Better Health, Strength, and Happiness… The Wim Hof Method is SIMPLE. Wim teaches people that they can regain control of their systems... Continue reading

How To Be Healthy And Happy Using These Techniques

February 25, 2016 / 7495 / 0
After breaking over 28 World-Records, Wim Hof shows us how to be healthy and happy using the techniques designed by Nature. If you haven’t heard... Continue reading

How This Most Powerful Ormus Can Improve Your Health 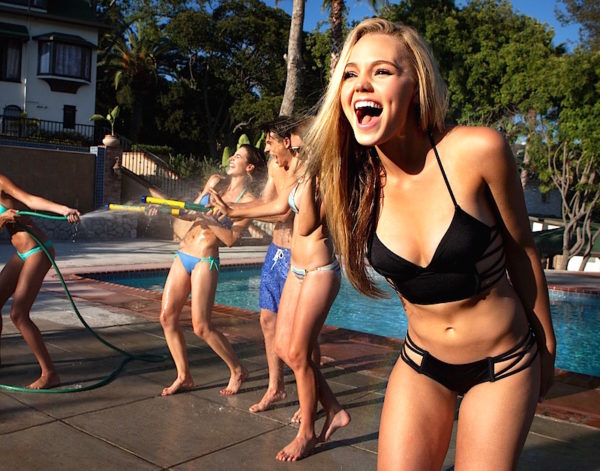